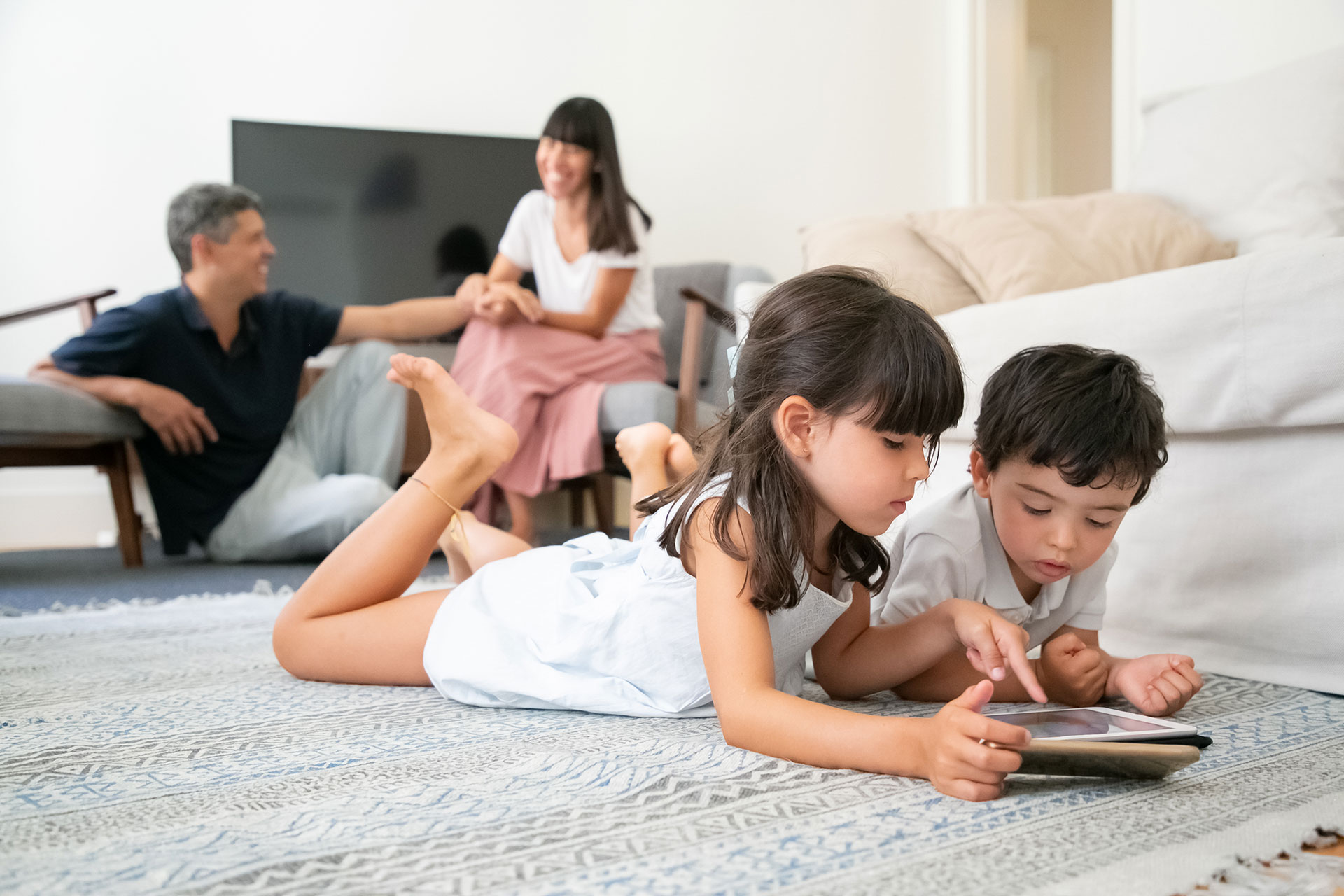 Responsible parental screening of their kids’ behavior has always been a good idea.  But in today’s age of increasingly advanced technology, parents face unique challenges.  While there certainly are advantages to instant access of virtually any kind of information, there are also formidable risks associated with our digital age that can be quite damaging to kids if parents don’t exercise appropriate levels of control.  Put another way, if parents don’t do their job.

Remember the “good old days?”  We grew up chatting on the “house phone,” which is now almost extinct. Our parents knew who we were talking to, and natural limits were always in place. A common mantra was, “Get off the phone! Your father needs to make a call!” We talked about boys we liked and girls we didn’t like, how mean our parents were, and how we wanted to kill our siblings. If we heard a “click” when we were talking, that meant someone picked up the extension and was listening.  We quickly yelled in outrage, “Hang up the phone!” and talked only when we knew no one else was on the line.  We weren’t perfect kids, but the communication was one-on-one, and it seemed harmless.

Fast forward to today’s world of smartphones, iPads, laptops, YouTube, video games, cable, multiple social media channels, and whatever Next Big Thing is coming. For the most part, kids don’t talk; they text.  But while communication today routinely excludes their parents, it ironically includes a very public audience.

Today, kids say they must have what “everyone else” has.  However, the latest in digital toys may not be the greatest. For instance, in three weeks since its release, the very violent Grand Theft Auto video game sold more copies than any other product in history!

Who is driving these markets, and who knows everything about all the latest technological advances? Kids, not parents. Who is paying for it? Parents, not kids.

The bigger questions are who is in control, and what is a parent’s responsibility?

Why is this so important?  The statistics tell part of the story.

Almost 80% of 10-year-olds have cell phones, and almost half have smartphones, while 93% of teens have computers they actively use (Pew Research Center 2013).  And it goes even younger than teens:   Babies are playing with iPads—and not only on the commercial!

Consider this:  22% of teen girls have sent nude or semi-nude pictures or videos of themselves; 39% of teen boys say it is common for nude or semi-nude photos to be shared with people other than the intended recipient; 51% of teen girls say pressure from a guy was the reason they sent these images (The National Campaign). Further, it is common that when these kids “break up,” they send the pictures to buddies.

More unsettling statistics:  Surveys show that 43% of teens aged 13-17 reported they had been cyber-bullied in the past year; 88% of teens say they have seen someone being mean or cruel to another person online.  Only one in ten kids who are bullied online tell their parents about it, only 7% of parents are worried about cyber-bulling, and 80% of kids think it is easier to hide cyber-bullying from parents than face-to-face bullying.  Meanwhile, the overall cyber-bullying trend is growing to alarming proportions.

Mental health professionals deal with countless real-life manifestations of these problems every day.

Here is one example that involves sexting, which is also increasingly common among teens.

A parent I work with checked her 14-year-old son’s cell phone and found a naked picture of his 13-year-old girlfriend.  The girlfriend’s parents had no clue their sweet little daughter sent this, and the parent who saw me said she was uncomfortable checking her son’s phone, saying, “I feel like I’m violating his privacy.”

Well, if you think this is overly intrusive, wake up.  Nothing on phones or computers is private! This boy breaks up with his girlfriend and is angry.  And with one click, he sends that picture to 100 of his closest buds.

Another related incident involves a 9th grade anxious patient of mine.  She brought in her computer and shared with me a chat line where boys were talking about her in a “degrading manner.” That is code for a very mean, sexually charged exchange about how they would never want to “hook up” with my patient.

What are parents to do?  How do you gain control when your kids know more about this wired (and wireless) world than you do?  Certainly, it would be easier to just buy this stuff and let them use it—after all, you can’t deny that this technology is here to stay. But what about your obligation to do what’s right?

In short, how can you start to set limits and monitor your kids’ behavior? Here’s what we recommend:

Back to the Future?

No question, the challenge of setting parental controls is especially difficult because you’re at a disadvantage:  Since your kids are so tech-savvy, they can likely figure out how to get around your controls, memorizing your passwords, for instance, and staying one step ahead of you.

Yes, taking these steps will require patience and due diligence, and it’s a good idea to become more tech savvy yourself.

Otherwise, what is the alternative if you fail to exercise control?  What are the potential consequences of not screening?

Based on my experience as a child psychologist, I feel strongly that parents have a huge responsibility to get involved and get tough.  Think of it this way: Giving your child a cell phone and access to the Internet without very strict supervision is like giving your child a car without teaching the rules of the road.  It is dangerous and irresponsible.

So grab the keys and take control. Do your job.

Who knows?  If parents truly embrace a responsible strategy and actively monitor all screens, our kids might rediscover a lost art and the only truly private form of communication:  face-to-face talking.